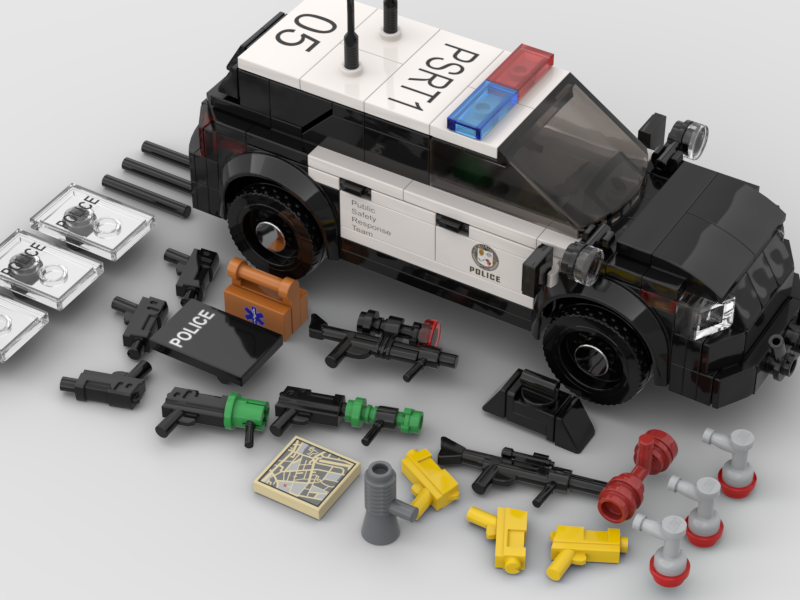 © Rescue 423 2021
Credit Svens Ford Explorer was used, all the equipment is custom.

This 2016 Ford Explorer (@ Sven) is part of SBPD's Public Safety Response Team. This team is split up into 2 separate area commands covering different areas of the city.  Each command consisting of 2 Ford Explorers identical to this one and a supervisor driving a marked Ford Taurus.

These Ford Explorers carry 3 SWAT Officers dressed in unique uniform ready to respond as a unit to any of the following incidents: Shootings, stabbings, hostage-takings, high-risk escorts, warrants, public order incidents (alongside the Riot Squad).

SBPD has 2 SWAT units, and the PSRT's job is to act as a fast response unit carrying the equivalent of SWAT officers to the scenes of violent crimes to back up patrol units. Once onscene this units only role is to engage and deal with the threat  This particular car is assigned to the 5th precinct and responds with its twin and supervisor to high-risk calls in the East Area Command.

Svens Ford Explorer was used, all the equipment is custom.

There are no comments to display.