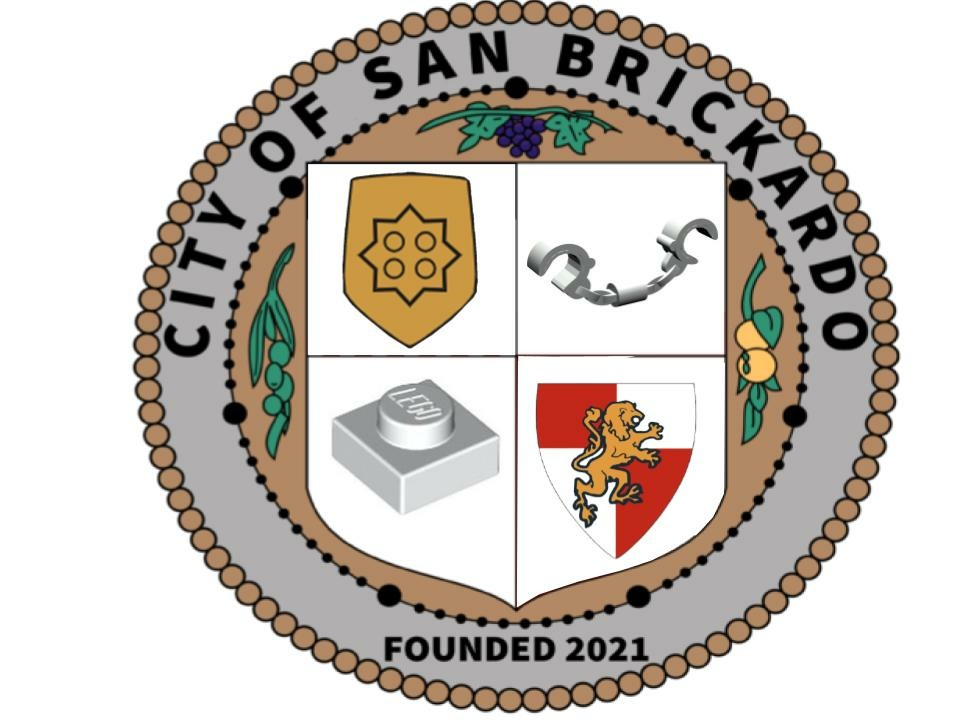 © Rescue 423 2021
Credit Thanks to @Josh who found and drafted the first version of the badge. 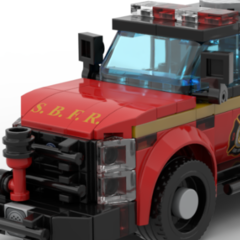 The name for the following department has been decided. It will be called the San Brickardo Police Department (SBPD) and will cover the city of San Brickardo. So far only 2 divisions in the city have been planned, the 7th and 5th precincts.

The 7th precinct building has already been built (and has been referenced as simple "modular police station" and i am part way thru digitally creating the small sketchy neighborhood it serves. I will then move onto digitally designing and creating the 5th division station and the larger downtown area it protects.

I have also made the decision that this cities public transportation will be busses and a monorail, which i have already started (digitally) building. This city and department will remain digital for a long time, but I do plan on building it eventually.

As you can see from the badge, this department is based on the LAPD and SFPD, and the city it serves will take mild inspiration from California cities. Thanks to @ Josh who found and drafted the first version of the badge. Stay tuned as lots of stuff if going to come out of this city soon.

Thanks to @Josh who found and drafted the first version of the badge.